On Sunday, November 1, crowds of pen and writing enthusiasts converged on the Toronto Reference Library today for Scriptus Toronto, a show dedicated to the art of writing. And, of course, we couldn’t go and not come home with a new pen and ink colour. Alongside pen and ink vendors at the show, the Calligraphic Arts Guild of Toronto put ink on paper and treated visitors to various styles of calligraphy. 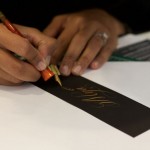 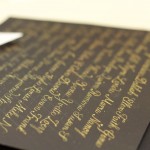 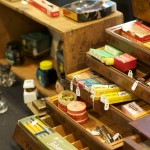 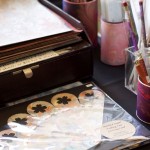 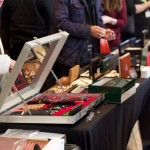 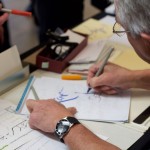 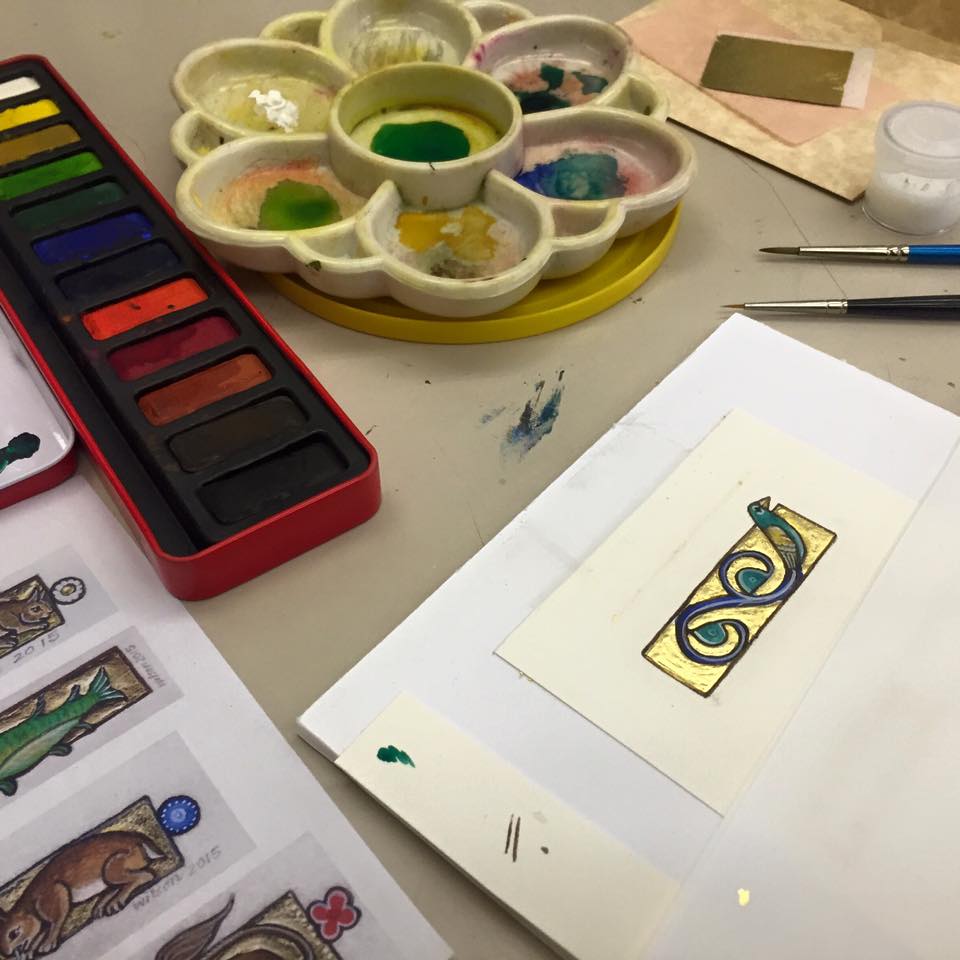 Our Creative Director and illuminated manuscripts lover, Nancy, spent a Saturday in her element at the Calligraphic Arts Guild of Toronto’s workshop, Illuminated Medieval Artwork, with instructor Debbie Thompson Wilson. 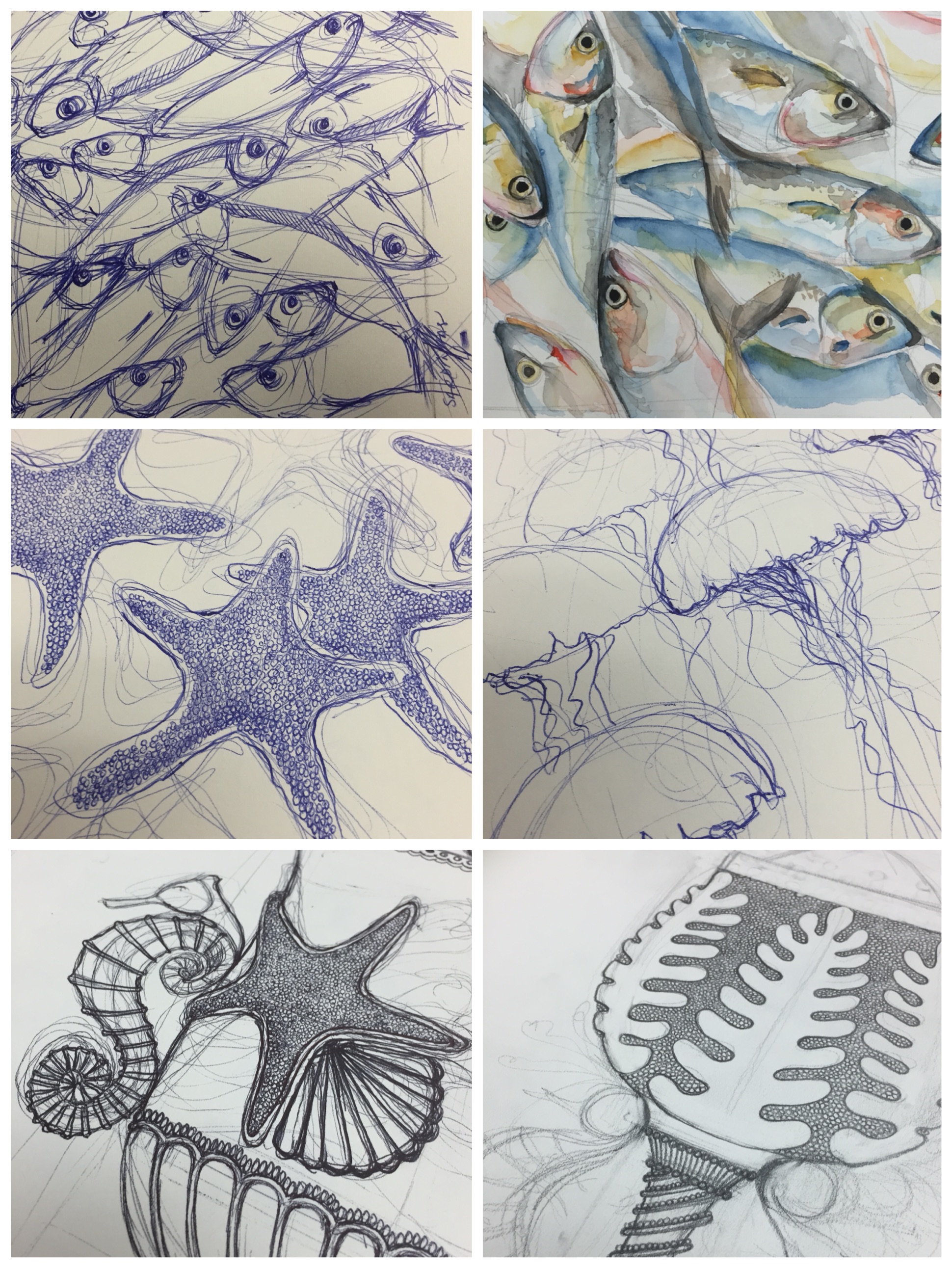 For the third year in a row I joined 200+ other creative keeners in the ARTiculations Fill’er Up Sketchbook Challenge. We all took up the challenge of doing something–anything–creative in our sketchbooks each day for the month of March. The sketchbooks are now on display until April 26 at ARTiculations.

For me the challenge wasn’t so much about being creative because I work in the industry (kinda got to be); it posed a challenge because I had no rules or restrictions to follow, no client requests, no starting off point. I had free reign, and it was tough getting going. Sparked by my interest in all things aquatic and medieval decorative arts, I doodled chalices and sea creatives, and also combined them on a few occasions.

Here are a few pages from my sketchbook. I hope you enjoy them, and I encourage you to pop into ARTiculations located in Toronto’s Junction to check out the great collection of sketchbooks on display, especially by the grades 5/6 students. 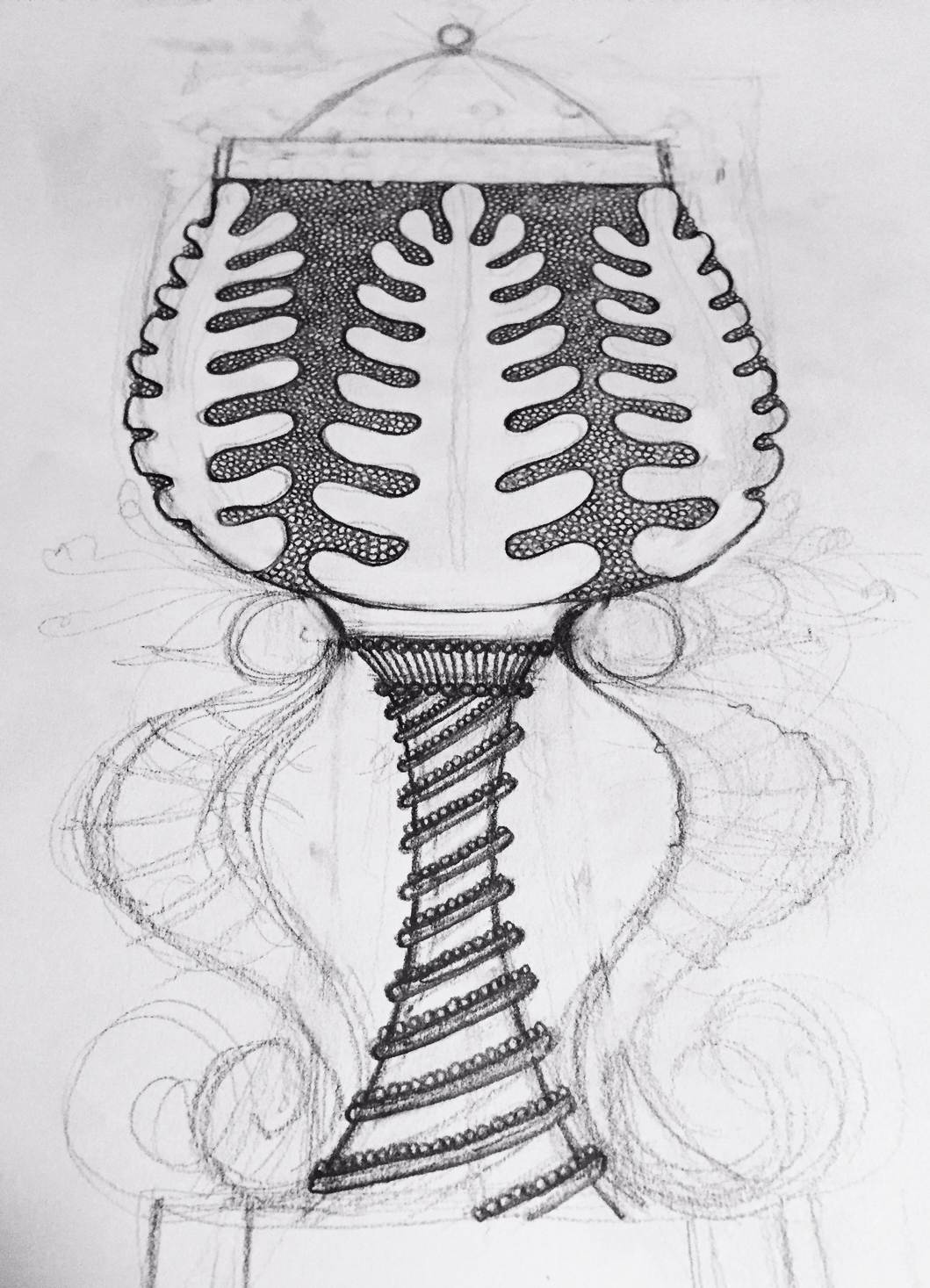 The challenge: Get creative each day for a month.  In it’s third year, the Fill’er Up challenge by Toronto art supply store, ARTiculations, asks participants to get creative in their sketchbooks by drawing, painting, writing, etc. The challenge runs for the month of March, with an exhibition of sketchbooks to follow in April at the shop. We’ve once again plunged back in and signed up. 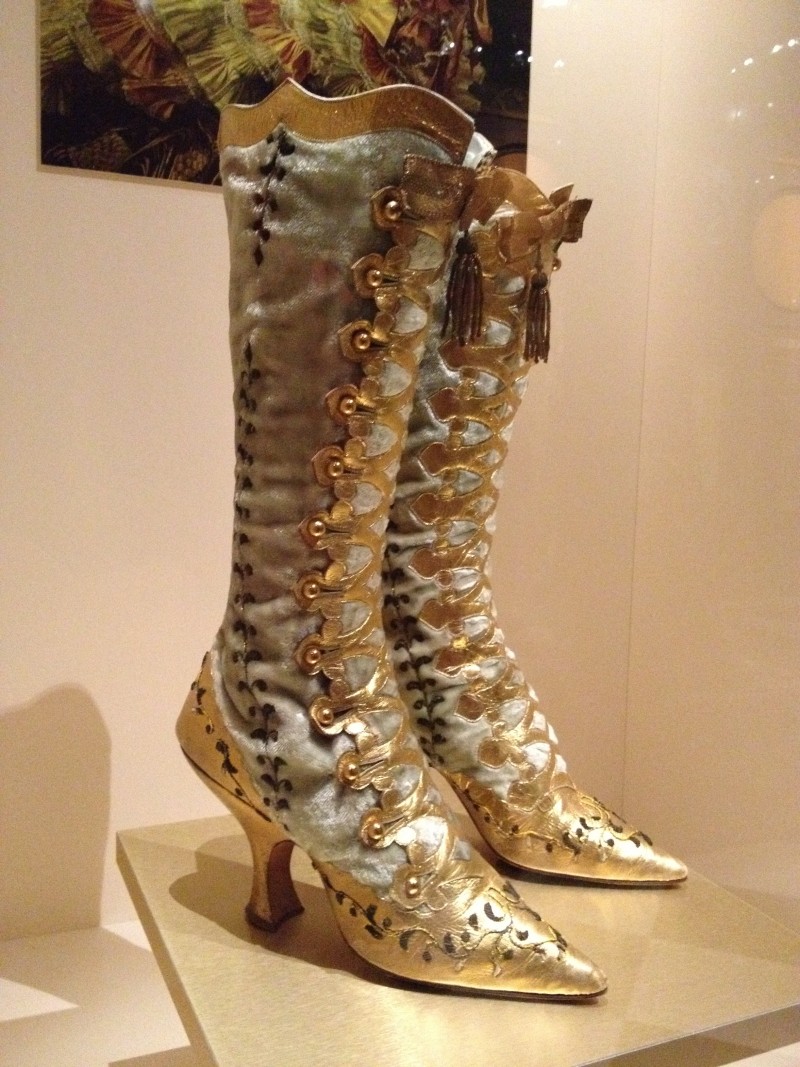 Shades of Grey and Gold

Shades of grey and gold on these ‘erotically charged’ 19th c. boots that mimic a stockinged leg in a shoe. On display at the Bata Shoe Museum’s exhibition Fashion Victims: The Pleasures and Perils of Dress in the 19th Century. 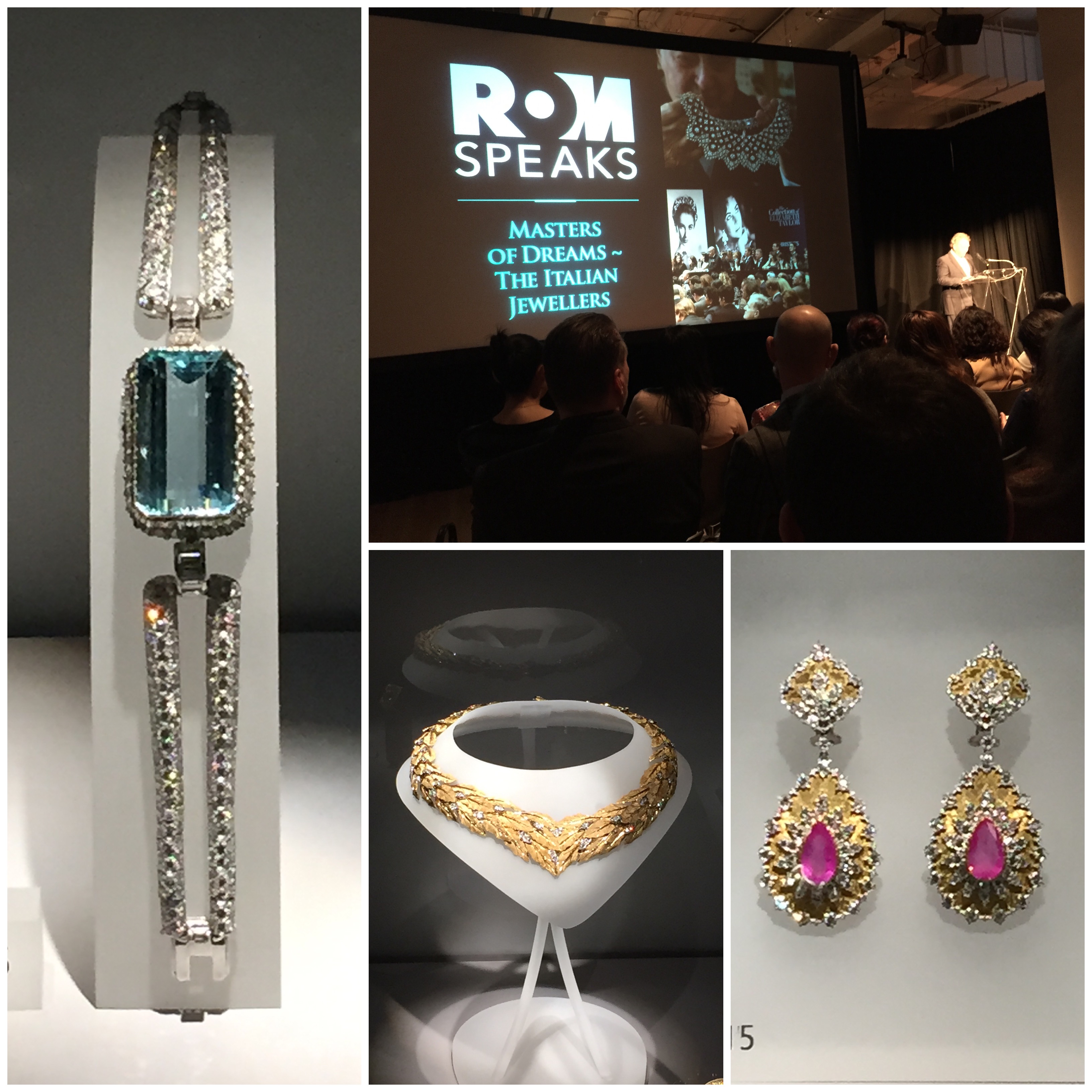 Masters of Dreams at ROMspeaks

Beautiful craftsmanship and a whole lot of sparkle made for a great night at the museum. Last night’s #ROMspeaks featured the documentary Masters of Dreams: The Italian Jewellers, and visitors had an opportunity to see the Royal Ontario Museum’s Earth’s Treasures Gallery at night. 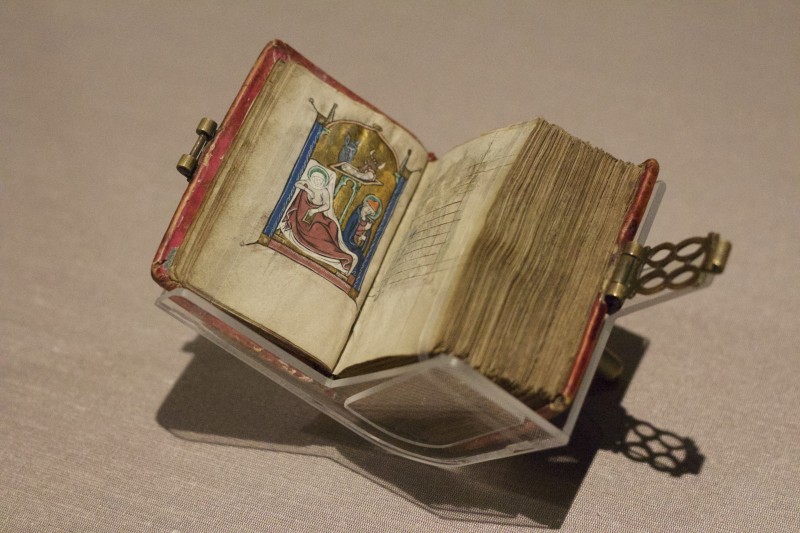 Intended for personal prayer, this elegant Book of Hours was made in Belgium, between 1310-1320. It is on display at the Art Gallery of Ontario alongside an interactive display demonstrating how such a book would have been created, e.g., the calligraphy and decoration, production of the parchment, bindings. 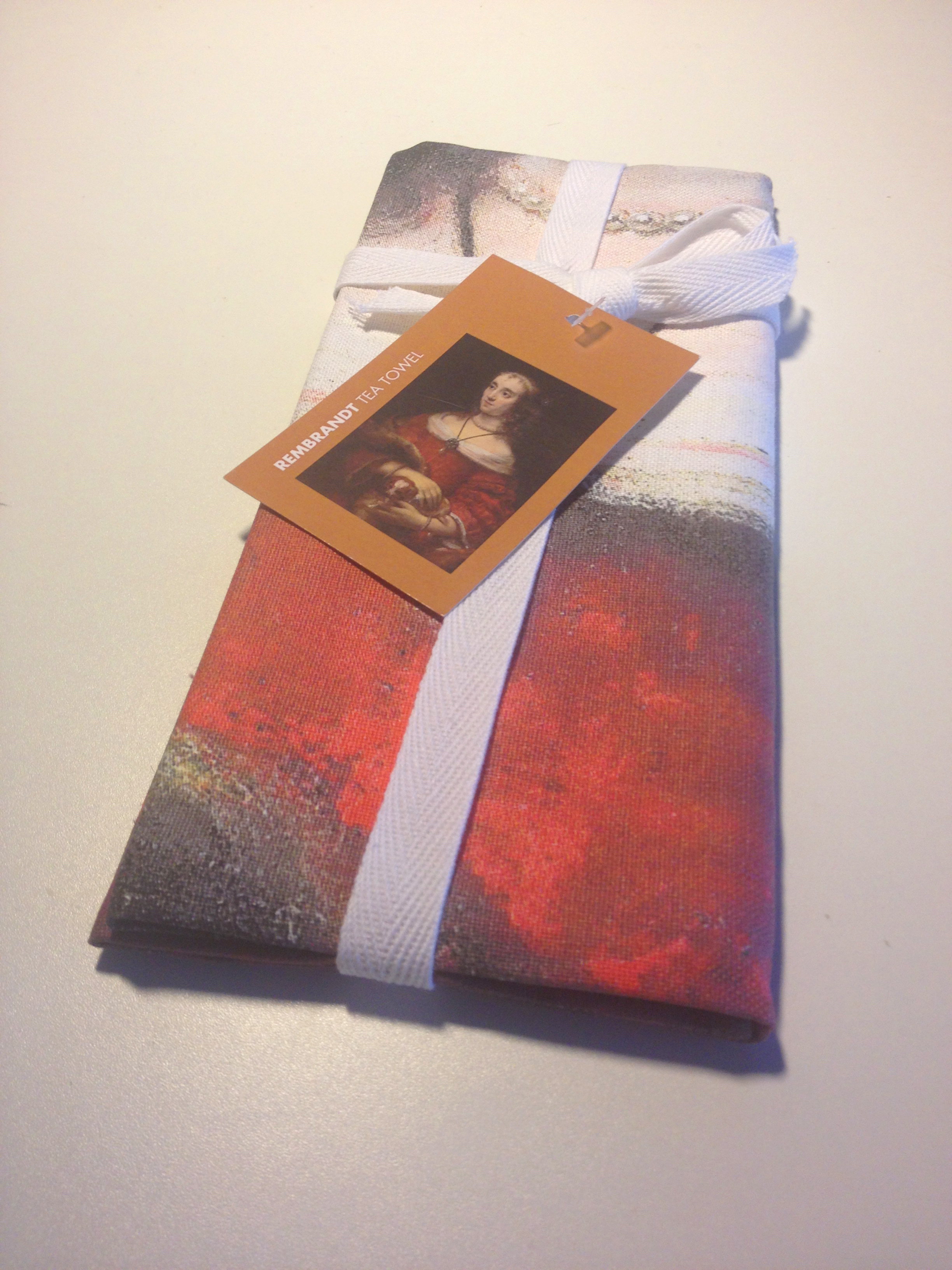 AGO’s Rembrandt at the National Gallery

We had to buy it! One of our souvenirs from the Late Rembrandt exhibition at the National Gallery in London is this tea towel featuring the Art Gallery of Ontario’s Rembrandt, Portrait of a Lady with a Lap Dog. #AGO

Toronto is a relatively young city, but it is home to a number of historic sites worthy of a visit, including a historic jewel in Toronto’s crown—Fort York National Historic Site. Enclosed by two bridges to the east and west, a highway to the south, and rail lines along the north, this national historic site receives little attention unless functioning as a backdrop for festivals or concerts, and competes with the city’s highly visible tourist landmarks such as the CN Tower, Casa Loma, AGO, and Royal Ontario Museum. This will now change: A long time coming, the new visitor centre has opened its doors to the general public.

Until its permanent exhibits are installed in 2015, the visitor centre is hosting an exhibition centred on the First World War. For this exhibition that commemorates the centenary of World War One, the city’s heritage team dipped into a treasure trove of rarely seen artifacts and fine art, including an oil painting by renowned English marine artist, W.L. Wyllie, depicting the surrender of the German High Seas Fleet in 1918, posters from the Government of Canada pitching Victory Bonds, and uniforms worn by Canadian men and women during the Great War. Also on display is the painting series 1812: The Art of War by Charles Pachter, one of Canada’s leading contemporary artists, best known for his bright, often satirical handling of Canadian symbols. In October 2015, the historic Magna Carta will travel to Toronto for a much-anticipated exhibition at the centre.

With its eventual completion and serving as a stop for high profile travelling exhibitions, the visitor centre will raise awareness of Fort York’s importance within Canada’s heritage and Toronto’s founding story and, hopefully, cease to function as a mere backdrop. 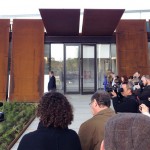 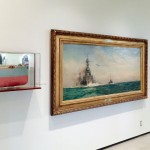 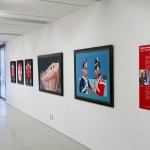 Our creative director fell in love at the museum. Combining fashion, history, and a touch of science, the exhibition examined the perils of fashion in the 19th century, including arsenic-laced threads. The exquisite hand-embroidered craftsmanship was beautifully displayed in the construction of the shoes. The exhibition runs until June 30, 2014. 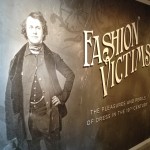 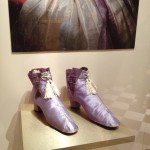 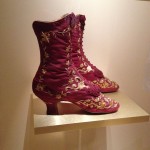 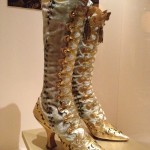 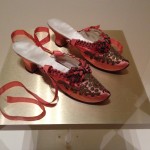 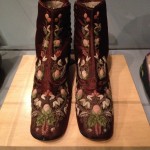